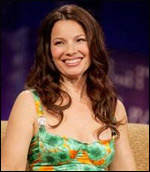 The trial for the one-hour entertainment/talk program—hosted by the actress best known for her role in the 1990s sitcom The Nanny—will run for three weeks. No date has been set for a series rollout.

Drescher said her show would “cover all my passions, everything from pedicures to politics.” As a rape and cancer survivor and author of Cancer Schmancer in 2002, she’s also looking forward to “sharing my life lessons.”

“Fran is a natural, multifaceted talent with an extraordinary life story who is perfect for daytime talk,” said Mort Marcus and Ira Bernstein, co-presidents of Debmar-Mercury.

The program will be broadcast live from Los Angeles. Drescher will serve as executive producer, working alongside Scott Sternberg and producing partner Peter March Jacobson. Scott Sternberg Productions will produce the preview episodes.

Debmar-Mercury syndicates The Wendy Williams Show, which Fox also tested before rolling it out to its stations and full syndication.

One thought on “The Nanny Gets Talkshow”