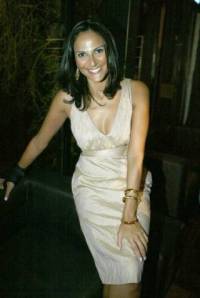 Openly lesbian Brazilian fitness guru Fernanda Rocha is slated to join the cast of The Real Housewives of Orange County for the show’s upcoming sixth season.

Rocha reportedly will play a supporting role on the show rather than that of a “housewife,” as she doesn’t exactly fit that bill.
“They’re probably going to use her as more of a villain-type character that will stir the pot like Kim G [of The Real Housewives of New Jersey]. But she’s younger, sexier and more controversial,” an insider source told Radar Online.

Rocha developed a signature workout called the “Brazilian Booty” workout, which was feature in Season 5 of the Bravo show when Tamara took Lynn and Alexis to Rocha’s classes.

Rocha will be the first openly gay cast member of a Bravo Housewives series: though Danielle Staub of New Jersey and Kim Zolciak of Atlanta have been romantically linked to women, neither has come out.

One thought on “The Real OC Lesbian Housewife”