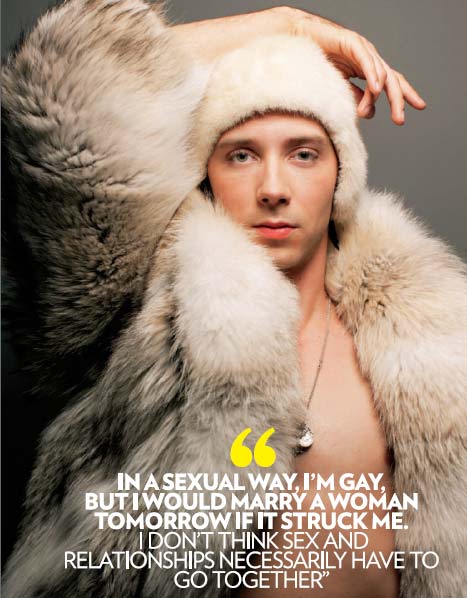 Johnny Weir has a memoir coming out soon called Welcome to My World, he’s promoting it by leaking/selling excerpts to People magazine. The big news or non-news to some is that Weir finally, explicitly comes out as gay: “With people killing themselves and being scared into the closet, I hope that even just one person can gain strength from my story.”

In the People article, Weir talks about his childhood when he was often mistaken for a little girl. Also, his often being called a “homo” or “faggot” by middle school students. He also mentions a clandestine affair he had with another male skater he refers to only as “Alex.”

Weir also discusses the pressure he felt from gay websites who “couldn’t figure out why I was such a jerk that I wouldn’t talk it [being gay].”

“A lot of the gays got downright angry about my silence. But pressure is the last thing that would make me want to ‘join’ a community.” Weir said “I’m not ashamed to be me. More than anyone else I know, I love my life and accept myself. What’s wrong with being unique? I am proud of everything that I am and will become.”

To read the full Johnny Weir article pick up the January 17th print version of People on newstands Friday.