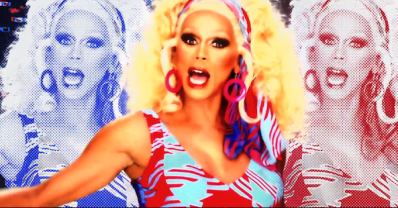 On Friday the legendary RuPaul released her official music video for  “Geronimo” featuring Julian Serrano. “Geronimo” is the first single off of RuPaul’s new album “Born Naked.” The album will be released on Tuesday. The video is directed by Steven Corfe.

What do you think of the video and song?