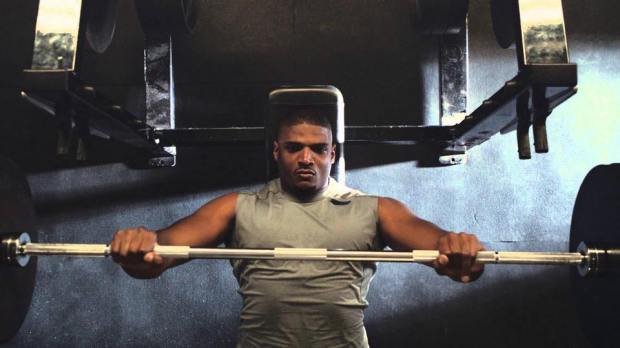 It was announced early this year that NFL Draft pick Michael Sam would get his OWN reality/docu series. Then it was announce that it was put on hold to allow him to focus on getting a position on the team. Sam was eventually cut by the Rams and is currently without an NFL team after being dropped from the Dallas Cowboys practice squad in October.

Eventually, the project “transitioned” into the 90-minute documentary, now titled Michael Sam. It captures the moment when Sam was drafted by the Rams, the intense media scrutiny that immediately followed, and his struggle to stay focused. Following the documentary, Winfrey will speak with Sam in his first television interview since being cut from the NFL on a special episode of Oprah Prime beginning at 10:30 p.m. ET/PT.